I was tagged by Ariana @ The Quirky Book Nerd to do this tag, so thank you very much! You guys should go and check out her blog.

I love Disney, so this should be a fun tag to do! I’ve got a feeling it’ll take me ages to think up the answers though …

The Little Mermaid – A character who is out of their element, a “fish out of water.”

Ruby from The Darkest Minds. In the beginning she is a really quite girl who doesn’t want to put one foot out of place in fear of being punished, but through the book she is forced to adapt to the new situations. Also, the children in this book have powers, all ranked by colour. She’s “a fish out of water” in that element too.

Cinderella – A character who goes through a major transformation.

Paige Mahoney from The Bone Season. The difference in her attitude between the first and second book is amazing. At first she follows orders, even if she doesn’t agree with them, just because it’s the easiest way to survive. But gradually she starts doing things her own way and becomes more bad-ass. And by the end of the second book, she is quite literally transformed into a whole new role. People who have read the book will know what I mean.

Snow White – A book with an eclectic cast of characters.

Sleeping Beauty – A book that put you to sleep.

I tried to read this a few years ago and I just couldn’t. I was really disappointed, because I thought it would be a historical fiction about witchcraft. And in a way it was, but it just wasn’t interesting at all. I feel like I’d have enjoyed it more now though, but I gave away my copy years ago.

The Lion King – A character who had something traumatic happen to them in childhood.

Arya Stark from the A Song of Ice and Fire series. In the books she’s about 9 years old and her life is just horrendous. She’s in constant danger.

Beauty and The Beast – A beast of a book (a big book) that you were intimidated by, but found the story to be beautiful.

Even though I’m still reading this, I’m going to go with The Name of the Wind. It’s just over 660 pages, and I was intimidated by it at first, but everyone kept raving about it so I picked it up. Just over halfway through and I’m LOVING it!

Aladdin – A character who gets their wish granted, for better or for worse.

Laura from The Wicked and the Divine Volume 2. I can’t really say why because spoilers, but anyone who’s read this book will probably know what I mean. Just think of how it ended.

Mulan – A character who pretends to be something or someone they are not.

It’s not a huge part of the story, but during the main action plan of the story, Cress and Wolf take someone’s identity as part of the plan. Again, I’ll not say anything more in case people think it’s a spoiler.

Toy Story – A book with characters you wish would come to life. 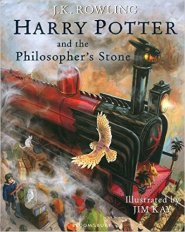 Harry Potter! Probably an obvious answer but I just want to be friends with Hermione and Luna, OK? PLUS if those characters existed, that mean magic would exist, and I could be a witch.

The Darkling. I don’t know why I like his character so much. I mean, he’s a total ass…but I love it.

(I found the bonus questions from polandbananasBOOKS channel!)

Hercules – A book that inspired you and made you a stronger human.

I just want to be Aelin Galathynius. This is one of those situations where I’ll be having a crap day and think to myself “well if Aelin can get through all that and still be a stunning badass woman, I can get through my day”.

Up – A book that you have no idea what the title and the cover was about, but you love it after reading it.

Five Seven Five. I had NO idea what the title was going on about, but I did eventually get it in the end. And even though the synopsis is quite long, it somehow remained elusive enough for me to not know what to expect.

Frozen – A pair of book siblings that you love

Poppet and Widget from The Night Circus. I don’t know why I love them so much, I just do.

I loved doing this tag! It’s made me want to go a watch all my Disney movies now though (although I don’t have many yet, I’m building up my collection).

BUT instead I’m going to feed myself and then spend most of the day reading The Name of the Wind. I’m hoping to finish it either today or tomorrow (probably tomorrow) so that I can get a review up in the next couple of days.

Stephanie @Adventures of a Bibliophile

If you’ve done this before, just leave a comment with a link down below!

21 thoughts on “The Disney Book Tag”