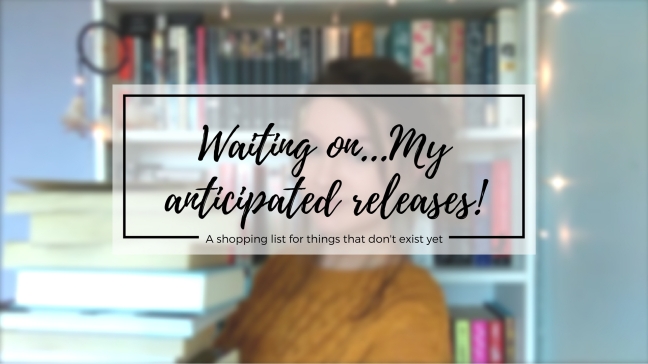 Logic dictates that this post should have gone up around new year. Or at least some time in January. A new year, what better way to bring it in than look at all the book you’re excited for?

Let’s have a look at my anticipated releases!

Note: All the images for the covers will be linked to Goodreads!

I won’t be listing these in chronological order, because as I said before, this post is not logical.

As I’m sure you all know by now, I’m a huge fan of Victoria Schwab’s books. This one comes out really close to my birthday, so I’m hoping I’ll be able to get it a few days after it’s release. This being the 3rd and final novel in the Shades of Magic trilogy, I can’t wait to see how it ends.

And judging by the photos I’ve seen of it compared to the other two, it’s going to be epic, because this book is HUGE.

I am so ready for it. 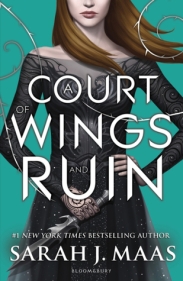 Again, the final one in a trilogy (although there’s the whole confusing thing about there being another 3 books? From someone else’s perspective? So is it the same series or sort of a companion trilogy? Huh?)

I know this one is going to stab me in the heart a little. And by a little I mean I won’t function in the real world for a good month or so. The second book – A Court of Mist and Fury – was bad enough. Now…we’ll see how Sarah J Maas “ends” series’. 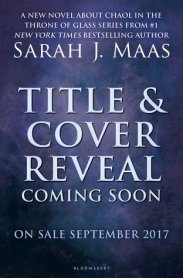 So there was a weird shuffle around concerning these books. The final Throne of Glass was meant to be released this year, but it’s been pushed back to 2018. And now this – which was meant to be a novella – is a full novel.

I’m not a huge fan of Chaol, but I’m looking forward to this nonetheless. I feel like he’ll grow on me a bit more with this one, and I’m intrigued to see what he was up to during his vanishing act in Empire of Storms. Plus, we get to see more of the world. Please, please let Ansel be part of this book! 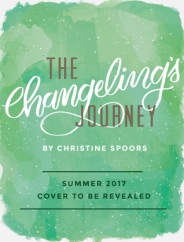 So this one is totally biased because my friend Christine over @weereader is publishing her first book! A fantasy book based on Scottish folklore, this book sounds right up my street anyway, so I’m biting at every opportunity to know the tiniest smidgen more about this book.

I’ve actually already (somehow) created fanart for this book, so I’ll be showing that closer to it’s release!

This is one of those weird cases where I read the synopsis forever ago, remember liking the sound of it, but now have no idea what it’s actually about.

But I like going into books blind, so I’m holding that initial excitement hostage. I see people raving about it on Twitter all the time, all those early birds and friends of Sierra with their proof copies, so it’s not hard to keep my excitement going.

I actually forgot for a while that this li’l beauty was coming out soon, and so now my excitement levels are on a high to make up for lost time.

Again, the final book in a trilogy (why are all my trilogies ending this year?) and one I’m really intrigued about. The first two books got better as they went on, so I’m hoping the same happens with this one. Either way, I really loved the first two and the covers are stunning, so how can it NOT be on my list?

THE ONE I’M MOST EXCITED ABOUT BECAUSE OH MY WORD HAVE I BEEN THROUGH A MIGHTY MESS TRYING TO ORGANISE THESE BOOKS.

I usually wait for the paperbacks. The paperbacks take ages to come out, and this is a favourite series of mine. I was going to borrow it from a library, then there was a cover change. Long story short I’m now just collecting both the hardcover collector’s editions (original cover – i.e this cover) and the new cover paperbacks when they’re released.

I used to be a bookworm who

2. Didn’t see the point in getting more than one edition of each book

But ohhh how that’s changed. Granted, I still only buy paperbacks if I can help it – which is the reason I’m still waiting for most of these books – but I’ve started gathering many editions of my favourite books. As you will soon see… 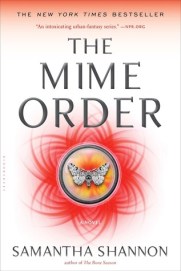 Remember me just a moment ago saying I’m collecting the editions of The Bone Season? Well, gotta get the first two then so they match, haven’t I?

I know these are out already, but I’m getting them for my birthday at the end of the month so *technically* I’m still waiting for them…

The second these 20th anniversary Hogwarts house editions of Philosopher’s Stone were announced, I knew I’d be getting one. And being a Slytherin, I’ll be getting the Slytherin edition. LOOK HOW STUNNING IT IS I LOVE IT. I love the paperbacks too, but for some reason the black hardcovers are drawing me that tiniest smidgen of a bit more.

I’m going to have about ten editions of the first Harry Potter book by the time I’m done.

*whispers* I’m not even sorry

This one is already out…in hardcover. And as a bookworm who will always buy paperbacks unless they’re pretty collectors editions, I’m stubborn as a cat trying to cat a light. I will wait. I will hold out. I will get the book eventually, and it will be the greatest prize for my endurance.

At least I won’t have to wait much longer. I keep seeing people reading early copies of the second book and it’s getting me all excited to join the hype. I can’t wait! 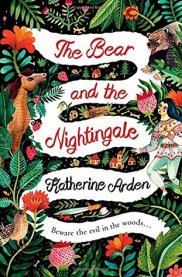 Again, this one is already out, but I’m waiting for the paperback. Which is kind of confusing actually, because goodreads says the paperback is already published, but Amazon says it’s out October 5th *shrugs*

Either way, this one sounds incredible, and I’ve not heard one bad word against it yet. I really hope the paperback has the same cover too, because this is STUNNING.

So those are all the books I’m waiting for!

Are there any here that you’re anticipating too?

What other books are you anticipating?

35 thoughts on “Waiting On… | My Anticipated Releases, AKA a shopping list for things that don’t exist”