Not going to lie, I totally stole this idea off Aimee @ The Literary Wanderlust. Though I guess it doesn’t count as stealing, considering I asked her if I could do my own…

Anyway. Definitions of words aside.

Fun Fact: I’ve been getting into classics ever so gradually. “Ever so gradually” because quite frankly, I have this bizarre notion that I’ll never understand what the hell is going on. Which…probably stemmed from the fact that classics are, indeed, a hit or miss with me when it comes to understanding and enjoy…abilty? enjoyableness?

But like with 90% of the books on my bookshelves, I’ve heard so much about these books that I just HAVE to read them. One day. Eventually.

Here are the top 5 classics on my TBR!

Last night I dreamt I went to Manderley again…

Working as a paid companion to a bitter elderly lady, the timid heroine of Rebecca learns her place. Life is bleak until, on a trip to the South of France, she falls in love with Maxim de Winter, a handsome widower whose proposal takes her by surprise. Whisked from Monte Carlo to Manderley, Maxim’s isolated Cornish estate, the friendless young bride begins to realise she barely knows her husband at all. And in every corner of every room is the phantom of his beautiful first wife, Rebecca.

Rebecca is the haunting story of a woman consumed by love and the struggle to find her identity.

I don’t yet own this one, but when I do buy it, I’ll definitely be digging for this cover. Look how STUNNING it is!

I saw this one mentioned on ShoutAme’s YouTube channel, and even though I can barely remember what it’s about, I just remember how much Amy raved about it, and thinking at the time “wow that actually sounds really good”. Which is basically what you’ll be hearing a lot of with this list…

The Tenant of Wildfell Hall by Anne Bronte

In this sensational, hard-hitting and passionate tale of marital cruelty, The Tenant of Wildfell Hall sees a mysterious tenant, Helen Graham, unmasked not as a ‘wicked woman’ as the local gossips would have it, but as the estranged wife of a brutal alcoholic bully, desperate to protect her son.

Using her own experiences with her brother Branwell to depict the cruelty and debauchery from which Helen flees, Anne Bronte wrote her masterpiece to reflect the fragile position of women in society and her belief in universal redemption, but scandalized readers of the time.

Not going to lie, I basically just want to make my way through all the Bronte books. It’s as simple as that. Though I have heard loads of praise for this book, so why not throw it on the list? I’ve actually owned this book for nearly a year now and have been meaning to read it for just as long…but I haven’t. And now I own two copies of it. I need to get on it.

The Picture of Dorian Gray by Oscar Wilde 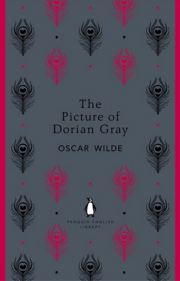 Dorian Gray is a beautiful yet corrupt man. When he wishes that a perfect portrait of himself would bear the signs of ageing in his place, the picture becomes his hideous secret, as it follows Dorian’s own downward spiral into cruelty and depravity.

Enthralled by his own exquisite portrait, Dorian Gray exchanges his soul for eternal youth and beauty. Influenced by his friend Lord Henry Wotton, he is drawn into a corrupt double life; indulging his desires in secret while remaining a gentleman in the eyes of polite society. Only his portrait bears the traces of his decadence.

I mean, doesn’t that just sound so weirdly intriguing? I NEED to know how that works. And have needed to know for a good year or so but apparently I don’t need to know that much since I’ve not read it yet. *sigh* Why am I like this?

‘It was a bright cold day in April, and the clocks were striking thirteen.’

Winston Smith works for the Ministry of truth in London, chief city of Airstrip One. Big Brother stares out from every poster, the Thought Police uncover every act of betrayal. When Winston finds love with Julia, he discovers that life does not have to be dull and deadening, and awakens to new possibilities. Despite the police helicopters that hover and circle overhead, Winston and Julia begin to question the Party; they are drawn towards conspiracy. Yet Big Brother will not tolerate dissent – even in the mind. For those with original thoughts they invented Room 101 . . .

Nineteen Eighty-Four is George Orwell’s terrifying vision of a totalitarian future in which everything and everyone is slave to a tyrannical regime.

How widely known is this book? How many people call it terrifying? How long have I been meaning to read it?

Very long. I just don’t seem to have gotten my hands on a copy yet. Though I’m pretty sure I’ll enjoy this one.

The Complete Grimm’s Fairytales by the Brother’s Grimm 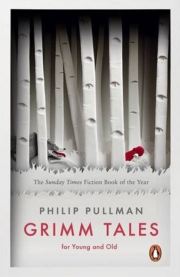 In this beautiful book of classic fairy tales, award-winning author Philip Pullman has chosen his fifty favourite stories from the Brothers Grimm and presents them in a’clear as water’ retelling, in his unique and brilliant voice.

From the quests and romance of classics such as ‘Rapunzel’, ‘Snow White’ and ‘Cinderella’ to the danger and wit of such lesser-known tales as ‘The Three Snake Leaves’, ‘Hans-my-Hedgehog’ and ‘Godfather Death’, Pullman brings the heart of each timeless tale to the fore, following with a brief but fascinating commentary on the story’s background and history. In his introduction, he discusses how these stories have lasted so long, and become part of our collective storytelling imagination.

These new versions show the adventures at their most lucid and engaging yet. Pullman’s Grimm Tales of wicked wives, brave children and villainous kings will have you reading, reading aloud and rereading them for many years to come.

Though this edition I have doesn’t have them all in (I think), I do intend to read all of the Grimm’s fairy tales. I love fairy tales, and know the original versions of the main lot – y’know, the ones Disney made child friendly (although Disney films are actually quite harsh. I mean, barely anyone has both parents). But I want the ones I’ve not read before too. I love fairy tales, folklore, myths, everything along those lines.

So those are the top 5 classics on my TBR right now!

Have you read any of these books? Would you recommend?

Are you a fan or classics? Or no?

Are there any other classics you’d recommend?

34 thoughts on “Top 5 Classics On My TBR | Because actually, I’m not as brain-dead when it comes to classics as I always think”