So I thought to myself the other day “Ashleigh, it’s been freakin’ AGES since you did a book haul on your blog. Sort yourself out.” They’re just easier to do on my booktube channel, and so somehow I’ve neglected to add them here too.

But NOT TODAY MY FRIENDS. Because here I’m bringing you my collective book haul. Like I did on my last haul, I’ll link my video at the start of the list, since that’s where I explain where I got the books from and any thoughts I have on them, but if you can’t watch the video (or simply don’t want to  (just kidding)), all the books will be listed below as their own haul! 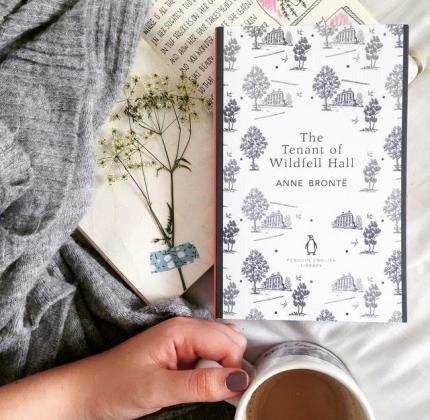 In this sensational, hard-hitting and passionate tale of marital cruelty, The Tenant of Wildfell Hall sees a mysterious tenant, Helen Graham, unmasked not as a ‘wicked woman’ as the local gossips would have it, but as the estranged wife of a brutal alcoholic bully, desperate to protect her son.

Using her own experiences with her brother Branwell to depict the cruelty and debauchery from which Helen flees, Anne Bronte wrote her masterpiece to reflect the fragile position of women in society and her belief in universal redemption, but scandalized readers of the time.

Orphaned into the household of her Aunt Reed at Gateshead, subject to the cruel regime at Lowood charity school, Jane Eyre nonetheless emerges unbroken in spirit and integrity.

She takes up the post of governess at Thornfield, falls in love with Mr. Rochester, and discovers the impediment to their lawful marriage in a story that transcends melodrama to portray a woman’s passionate search for a wider and richer life than Victorian society traditionally allowed.

With a heroine full of yearning, the dangerous secrets she encounters, and the choices she finally makes, Charlotte Bronte’s innovative and enduring romantic novel continues to engage and provoke readers.

The scientist Victor Frankenstein, obsessed with possessing the secrets of life, creates a new being from the bodies of the dead. But his creature is a twisted, gruesome parody of a man who, rejected for his monstrous appearance, sets out to destroy his maker.

Mary Shelley’s chilling Gothic tale, conceived after a nightmare in 1816 when she was only eighteen, became a modern myth. It is a disturbing and dramatic exploration of birth and death, creation and destruction, and one of the most iconic horror stories of all time.

Welcome to the Matriarchy.

Sixty years after a virus has wiped out almost all the men on the planet, things are pretty much just as you would imagine a world run by women might be: war has ended; greed is not tolerated; the ecological needs of the planet are always put first. In two generations, the female population has grieved, pulled together and moved on, and life really is pretty good – if you’re a girl. It’s not so great if you’re a boy, but fourteen-year-old River wouldn’t know that. Until she met Mason, she thought they were extinct. 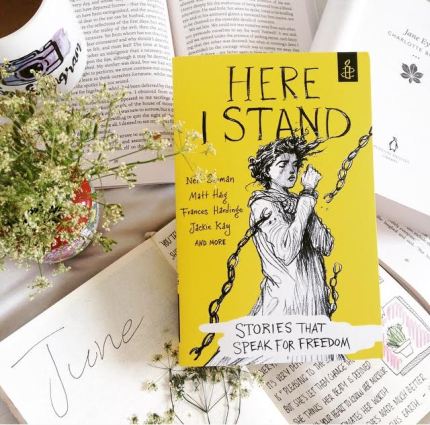 Every day in the news we see freedoms we enjoy in our own lives being denied to others. Every day sees us moving closer to losing some of those freedoms ourselves.

We should all have the right to protest, to follow any religion, to speak out without fear, dress as we want and have same-sex relationships. But we don’t. In some parts of the world, any one of these actions can be punished by imprisonment or even death.

Wherever we live, we mustn’t take our rights for granted.

All of them have been fought for.

We must fight to keep them.

All-girl camp. First love. First heartbreak. At once romantic and devastating, brutally honest and full of humor, this graphic-novel memoir is a debut of the rarest sort.

Maggie Thrash has spent basically every summer of her fifteen-year-old life at the one-hundred-year-old Camp Bellflower for Girls, set deep in the heart of Appalachia. She s from Atlanta, she s never kissed a guy, she s into Backstreet Boys in a really deep way, and her long summer days are full of a pleasant, peaceful nothing . . . until one confounding moment. A split-second of innocent physical contact pulls Maggie into a gut-twisting love for an older, wiser, and most surprising of all (at least to Maggie), female counselor named Erin. But Camp Bellflower is an impossible place for a girl to fall in love with another girl, and Maggie s savant-like proficiency at the camp s rifle range is the only thing keeping her heart from exploding. When it seems as if Erin maybe feels the same way about Maggie, it s too much for both Maggie and Camp Bellflower to handle, let alone to understand.

Red, red, the lights glow red
Beware the dangers up ahead…

On the frozen island of Skane, the sky speaks. Beautiful lights appear on clear nights, and their colours have meaning: Green means all is well, and the Goddess is happy. Blue means a snow storm is on the way.

And then there’s red. Red is rare. A warning.

Seventeen years ago, the sky turned red just as Ósa was born, unleashing a plague that claimed the lives of hundreds of villagers, including her own mother. This time, when the night sky once again bleeds crimson, she must discover what it means before so many lives are lost again.

Synopsis not included, as this is the 2nd book in a trilogy and so it would contain spoilers. You can see the first book here.

Synopsis not included, as this is the 3rd book in a trilogy and so it would contain spoilers. You can see the first book here.

Synopsis not included, as this is the 3rd book in a trilogy and so it would contain spoilers. You can see the first book here. 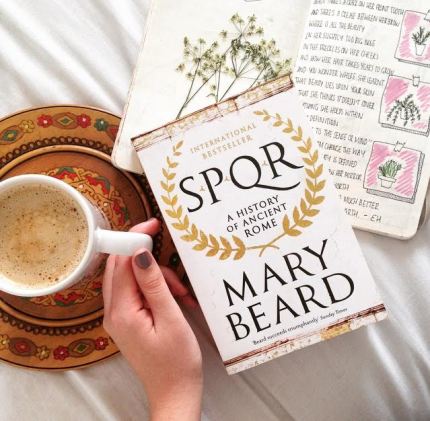 By 63 BCE the city of Rome was a sprawling, imperial metropolis of more than a million inhabitants. But how did this massive city—the seat of power for an empire that spanned from Spain to Syria—emerge from what was once an insignificant village in central Italy? In S.P.Q.R., Beard changes our historical perspective, exploring how the Romans themselves challenged the idea of imperial rule, how they responded to terrorism and revolution, and how they invented a new idea of citizenship and nation, while also keeping her eye open for those overlooked in traditional histories: women, slaves and ex-slaves, conspirators, and losers. Like the best detectives, Beard separates fact from fiction, myth and propaganda from historical record. She introduces the familiar characters of Julius Caesar, Cicero, and Nero as well as the untold, the loud women, the shrewd bakers, and the brave jokers. S.P.Q.R. promises to shape our view of Roman history for decades to come. 100 illustrations; 16 pages of color; 5 maps

From the rise and fall of empires in China, Persia, and Rome itself to the spread of Buddhism and advent of Christianity and Islam, right up to Western imperialism and the great wars of the twentieth century, this epic, magisterial work illuminates how the Silk Roads–the crossroads of the world, the meeting place of East and West–perhaps more than anything else, shaped global history over the past two millennia.

It was on the Silk Roads that East and West first encountered each other through trade and conquest, leading to the spread of ideas, cultures, and religions, and it was the appetites for foreign goods that drove economies and the growth of nations. From the first cities in Mesopotamia to the emergence of Greece and Rome to the depredations by the Mongols, the transmission of the Black Death, the struggles of the Great Game, and the fall of Communism–the fate of the West has always been inextricably linked to the East. By way of events as disparate as the American Revolution and the world wars of the twentieth century, Peter Frankopan realigns the world, orienting us eastward, and illuminating how even the rise of the West five hundred years ago resulted from its efforts to gain access to and control of these Eurasian trading networks. In an increasingly globalized planet, where current events in Asia and the Middle East dominate the world’s attention, this magnificent work of history is very much a work of our times.

Note: this photo isn’t blurry – the writing on the front has a weird sunken effect that makes it look blurred!

Plato’s retelling of the discourses between Socrates and his friends on such subjects as love and desire, truth and illusion, spiritual transcendence and the qualities of a good ruler, profoundly affected the ways in which we view human relationships, society and leadership – and shaped the whole tradition of Western philosophy.

So there’s my haul for April and May!

Have you read any of these books? What did you think of them?

Have you gotten any new books recently? Which ones? Feel free to link your book haul if you have one!