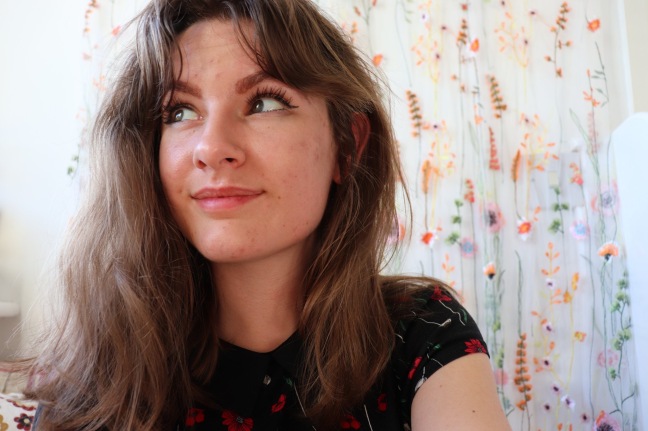 So we’re halfway through the year, eh? It took me way too long to realise this, though while it seems to have surprised most people, it sounds about right to me. So much has happened and changed since the beginning of the year that I couldn’t even predict, so the months seem like a full year to me already.

That being said, 6 months ago I unintentionally made myself some goals for this year. By now they’re usually long forgotten, brushed into the attic of my mind only to be tentatively brought out again next year with a guilt shrug of “I tried” when we all know I really, really didn’t. And as I said before when so much has already changed this year…well, I’m intrigued to see how things have gone. So let’s have a little look.

• Expand on my love for history •

So I guess this one is a success, though it’s hard to measure really. I basically wanted to read more history and note it down, in the hopes that the stories would actually stay with me rather than disappearing from my head in that annoying habit they have. I adore history, but will never say I have a decent knowledge of it. I can tell you the stories, but ask me when it happened? I’m likely to say yesterday.

But I’ve just recently started picking up nonfiction books about ancient civilisations again, and have been absolutely loving feeling my interest peaked once again. I gave nonfiction a hard pass for a long time while at uni, wanting something easier to read when I had time off from anything. But now summer has returned, and I’m ready to inhale all the real-life stories from centuries past. There’s always more ways to “expand” that love, so I suppose this goal was a mixed bag to begin with anyway.

• Explore a little more and create a journal •

Now this is the goal I expected to fail at. I just kind of hoped for the best, putting this cliche goal on the list. But…it worked. I’ve actually been travelling consistently, going on day trips whenever possible. And my journal? It actually looks like the beginnings of a wanderer’s journal, a fair few pages crinkled with stuck in photographs and doodlings. Surprisingly, I’ve visited somewhere outside of my city at least once every month. I really didn’t anticipate travelling quite *that* much, and even though the majority were only short train rides and day trips hopping around cities close by, I’ve adored each and every day. The breakdown:

I’m hoping I can keep the pattern in tact and visit somewhere each month for the rest of the year. It’d be SO satisfying if I could!

• Make my bookshelves my own •

Again, this is one of those goals that you can’t really measure. But I said at the beginning of the year that I’d been wanting to do a bookshelf tour for months, but had resisted because I owned a lot of books that I wouldn’t read nowadays, and so I felt like my bookshelves didn’t reflect who I really am. I invoked a system where every time I buy a book, I take one off my shelves to be unhauled, which actually works really well for me. Then I got impatient and just unhauled a whole load at once – or rather, I put them aside to be unhauled, since they’re still in my bedroom. So more than ever, my bookshelves feel like my own.

But still more could be done. I think I’ve reached the point where I know I won’t read a lot of the ones I own, and yet I don’t quite want to get rid of them yet. Lord knows why. But I’m thinking of reviving the “buy one book = get rid of one book” rule again once I finally get rid of the 40+ books waiting to be unhauled in my room at the moment. It’s a system that works for me, so doing it until I don’t have any books I want to unhaul anymore could be a good way of regularly cleaning out my shelves.

Having just finished my first year, I obviously don’t have a definite answer about slaying the overall degree. But I like to think I work as hard as possible – some would say too hard most of the time – and my grades seem to have shown worth it. It’s not definite yet as they still need to go through the final invigilator people, but my essay grades have all be good and I passed my exam, so…not too bad, to say the least! I think we can class this one as a success in progress.

I couldn’t be more surprised with how well my goals have gone so far this year, especially considering I’ve not actively forced myself to stick to them. In fact, I basically forgot about them and just did the entire thing naturally, so props to me for subconsciously slayin’ it. They’ve all been goals that were a long time coming, and 2018 just happened to be the right time for them I think. I’ve never been one to set ridiculously hopeful goals that will ultimately flop, but knowing these small (and in terms of travelling – huge!) changes I’ve made this year are *actually* working is giving me a sense of comfort that perhaps I’m becoming my own person after all, and I’m not just an overgrown child flailing about trying to adult.