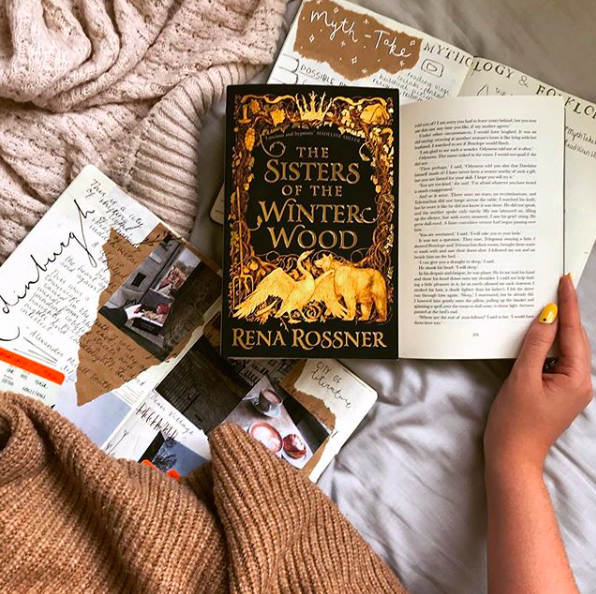 A story inspired by Jewish Mythology, Slavic Folklore and – to mix it up a bit – Christina Rosetti’s Goblin Market, this book follows two sisters who live a relatively comfortable life in their small village. At least, that is until their parents leave, a band of unknown men enter the village, and one of the sisters is cast under a spell. They soon find out their heritage holds magical secrets unknown, and all the fairy tales are true – and may just save them.

Yeah, I thought so too.

But I have to admit, I was disappointed. The synopsis promised a story of sisterhood and magic, but I found a romance. In fact no, I found two romances. I’m not usually the biggest fan of dominant romance stories in the first place, but somehow it’s even worse when I was expecting something different altogether. Granted, it wasn’t the worst. Well, one of the perspectives wasn’t. The other was basically an ode to kissing, which was just…no. I’ll pass.

But since romance is a common thing in most books, I could have overlooked it. What unfortunately let me down was the writing. This is blurbed as “luscious and hypnotic”– amongst other similar things – and I could just imagine the beautiful writing style along with the folkloric elements. I imagined words weaving a story I would fall in love with…and instead I got a whole lot of repetition. Everything is reinforced through repetition. The whole book focuses on this idea of sisterhood, and yet the only real show of that was the two sisters repeating “Where’s my sister? I have to find my sister. I need to see if my sister is ok. Where is my sister?” Over…and over…and over again. There’s more ways to show somebody cares than just repeating how worried they are. This happened with a lot of the key elements – one sister had a secret she was scared of revealing, and we know that because she told us every few pages. It grew tiring. It felt like nothing happened for the majority of the book because we just kept returning to the same points.

The only time something did change was around 60-100 pages from the end. Yeah. The plot took a turn that could’ve been really intriguing, the folklore and Goblin Market inspirations pulling through. And yet, with only a few pages to wrap up he entire story, it just didn’t wow me at all. We passed through it too quickly for my liking, and I just wished we had more time to explore that area of the story.

This habit of introducing things too quickly was apparent in the beginning too, with a huge info-dump containing both the entire background of their parents, along with a whole load of terminology that needed translating. Yes, translating. The back of the book contains pages worth of translations of Yiddish/Slavic phrases and more. And while a phrase here and there might add to the world building, I didn’t want to sit here flipping backwards and forwards between the pages to translate what I’m reading. I feel awful for complaining about this because it’s just me being an uncultured swine and wanting things to be English again. But when most of the book is written in English, I’d kind of appreciate the translations being written in italics or brackets beside the phrase, especially when there were so many. At least then I wouldn’t miss out or have to disrupt my reading flow by flipping to the back and finding it.

I didn’t hate the book. I did actually kind of like one of the romances. The story itself and setting of woodland was bound to peak my interest. But ultimately, I was just disappointed. I’m so so sad this let me down, I had such high hopes. But hey ho. I guess that’s how it goes sometimes.