If you’ve followed me on any social media in the past month or so, you just *might* know how excited I’ve been about the new little Penguin Moderns. At £1 each, these tiny books seem to be a fab way of trying new authors or bumping up your Goodreads goal, or even – if you’re like me – giving yourself a tiny confidence boost as you still manage to finish a book within your busy schedule (even if it is only 50 pages long, but shh). And so after eagerly anticipating these gems, I promptly bought 4 of them the day of their release.

…And then went back and bought 3 more. Oops.

But having acquired a little collection, and with the likelihood of me buying more in the future, I thought I do a little review series for them. Since they’re so tiny, I’ll be combining together 3 mini reviews for each post, this first one covering The Vigilante by John Steinbeck, The Breakthrough by Daphne du Maurier, and Four Russian Short Stories by Gazdanov and Others. Without realising, they can all be connected with one common theme: Someone, at some point, dies in each of these lil books. We’re morbidly kicking things off with a death episode. Still, let’s chat books…

*Click the images to go to the Goodreads page!

This one covers three short stories, the first of which following the events shortly after a public lynching. Being so short, I can’t say I left this one having much to say about it, though I could tell it’s definitely the sort of story I’d prefer as a longer book. There were so many things that could have been explored, but were missed out because of the page count. The second story – The Snake – was much more up my street, showing the scene of a man who keeps animals for experiments becoming dually unnerved when a random woman waltzes in demanding to buy one of the snakes. It proved to be an uncomfortable read for all the right reasons, and I couldn’t help but wonder how Steinbeck managed to create such a creepy atmosphere in so little words. Though the “point” of the story was someone lost on me, it only added to the unnerving scenario, and I can imagine this being the sort of story literary analysts love tearing into. As for the final story, The Chrysanthemums, I did find it somewhat boring in comparison to the previous one, though I could sense an underlying tension that stoked my interest throughout. From the book collectively, I found Steinbeck’s writing to be intriguing in an understated sort of way – not particularly descriptive or lyrical, but providing a general sense of uneasiness no matter the situation. 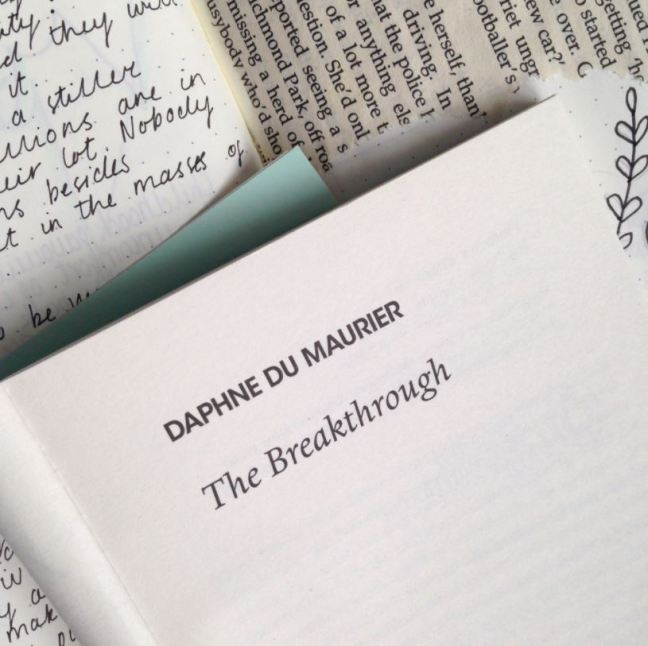 My first taste of du Maurier, at last! I’ve been meaning to delve into her books for awhile now – especially Rebecca – and I figured this one would be the perfect little taster to get me started. And I wasn’t wrong! Definitely more on the SciFi side of things, this one follows a scientist as he tries to discover the secret behind the afterlife, or the essence of life itself. Without feeling too short or too long, du Maurier managed to compact a huge idea into a short amount of words in a way that was well paced but felt urgent at the same time. A paranormal undertone seemed to run throughout, and I found that the questions I was wondering never quite got the straight answer I was looking for, nudging it more towards the unsettling story I’d come to expect from du Maurier’s reputation. And I can see how that reputation was built – her writing provides an effortlessly dark atmosphere that surrounds her story, although “surrounds” sounds too accidental…more like…she manages to create a shroud that settles onto you as you read. Though not necessarily my sort of read, the questioning behind the morality of science and the line between things you can do vs things you should do, this book has only left me more convinced that I’ll absolutely adore Rebecca when I get round to reading it. 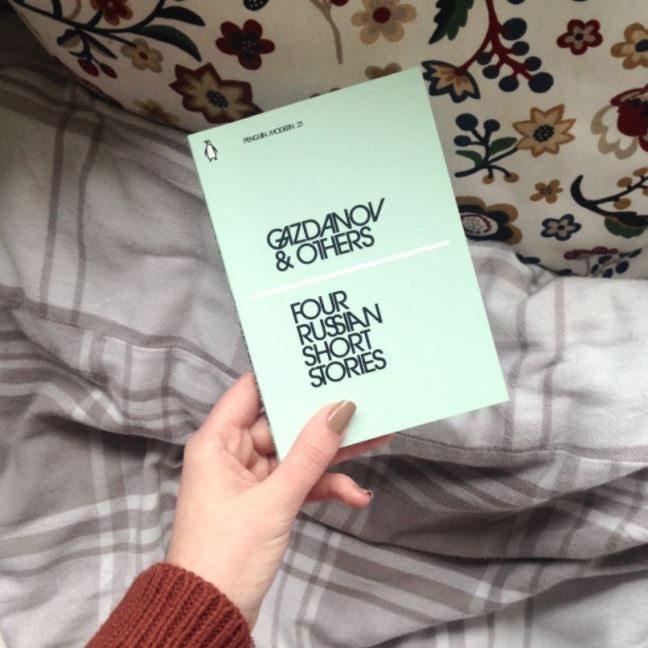 To summarise this one easily, all of these stories explore some kind of death. With the first one, Kunak, coming to a grand total of 8 pages, I didn’t form an opinion on the story itself – however I did immediately find I didn’t get along with the writing style of this author. There were just way too many commas. It felt disjointed, and those 8 pages felt like a faulty start of staggered progress. So moving on. The second one, A Miracle, I enjoyed considerably more. The writing style of this one felt more like what you’d expect from Victorian classics, with every word carefully chosen to convey the perfect feeling. I found myself reading into the ambiguities of the stories, particularly the hospital staff, and it left me with plenty to think about after reading. Onto The Murder of Valkovsky, which again impressed me. I wasn’t too sure at first because you’re met with a series of really long sentences, but in the end I warmed to these, as they showed a real intensity in emotion and made me feel like I was inside the character’s head, almost like a stream of consciousness. The story was surrounded by a sense of jittery anxiety that comes from anticipation, and the air of mystery was only enhanced by the fact that you never learn what the main woman’s name is. As for the fourth…well, I honestly can’t remember much from it, which probably sums up the impression I gathered from it while reading. While the two bookend stories left more to be desired, the two middle stories caught my attention immediately and left me so impressed, it actually gained the highest rating of the three books here.

So I hoped you liked these little reviews of the new Penguin Moderns! I should have another post coming soon focusing on another three, though I haven’t decided which ones to pick up next yet. I currenly own Africa’s Tarnished Name by Chinua Achebe, Daydreams and Drunkenness of a Young Lady by Clarice Lispector, Letters to my Mother by Georges Simenon and The Missing Girl by Shirley Jackson – if there are any in particular you’d like to see one of these reviews for, do let me know! It’ll help me decide on which order to read them in 😆

I’d love to hear your thoughts on these if you’ve read any of them!